Roy Of The Ravers 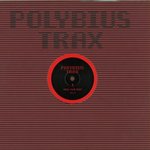 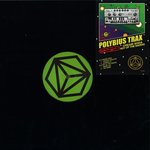 Roy Of The Ravers
En Trance 10
Acid Waxa
buy whole release (4 tracks) from $5.96 $4.99
Supremacy Acid - (4:59) 161 BPM
Ambergris 9 - (6:21) 132 BPM
Time 2 Jack - (3:12) 123 BPM
En Trance 10 - (15:53) 128 BPM
Review: Take care out there, Roy Of The Ravers is back with another round of boisterous hardware hack-outs on Acid Waxa. You can tell he means business on opening track "Supremacy Royale", a fast and mean-tempered slice of bleepy techno with brains to match its brawn. "Ambergris 9" is a more playful jam with wonderfully dated melodic lines lifted from the pantheon of BBC library music, and then "Time 2 Jack" spins off into strange, abrasive realms of experimental acid. The epic "En Trance 10" wheels its way through more than 15 minutes on the B-side, employing trancey bassline strategies to keep your brain locked on course for the full trip.
ACIWAX 15
08 Sep 17
Techno
Buy
from $1.49 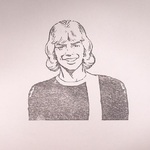 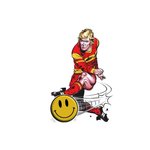 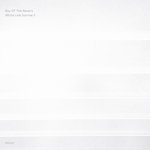 Roy Of The Ravers
White Line Sunrise II
Emotional Response
buy whole release (12 tracks) from $17.88 $10.99
White Line Sunrise II - (3:07) 75 BPM
Robinson College 10 - (5:24) 65 BPM
A Dim & Distant Past - (6:00) 106 BPM
Bounc Erec - (9:43) 63 BPM
The Weber Traum Boat Pt 3 - (1:26) 78 BPM
Sada Lost Theme - (4:50) 64 BPM
Oriental X0X-Press (90's Bassmix edit) - (6:52) 64 BPM
Ichi - (3:07) 65 BPM
The Clock House Pt 2 - (6:00) 76 BPM
CS (6x8) - (7:14) 77 BPM
Roland Corp Labs 05 (edit) - (1:32) 70 BPM
Nemesis '01 - (7:09) 59 BPM
Played by: Juno Recommends Techno, Juno Recommends Experimental
Review: After the success of the 2 Late 4 Love EP, Roy Of The Ravers returns to Emotional Response with a double LP with a deeper perspective, experimenting in ambient and drone textures, lucid techno travails and acid interludes. Recorded between 1997 and 2017, the album was pieced together over the last six months after Roy's archives were first feared lost and then found. Approached by the label to release a follow up with something more introspective and personal, it was discovered that a recent move to a new studio had led to over 20 years of music being misplaced after it was believed they were mistakenly dropped at a local charity store. However, deep in a box of what were thought to be patch cables were in fact the decades worth of hard drives and here presented, is a sample of those lost recordings. The nature of the music is introspection, eschewing the acid beats and white noise for a personal encounter between man and machine. The orchestral opening of the title track gives way to the submarine beats, pulsing TB303 and gliding hats of Robinson College 10 to set the outlook to come. Even with the scattering A Dim And Distant Past waking lulled senses, the melodies and feel all lead to a pause and reflect rather than jump and shout.

This is continued with the haunting drives of Bounce Erec and Oriental X0X-Press; the twisted, warped jams of The Weber Traum Boat Pt.3, Ichi and Roland Corp Labs 05; and the beautiful, heartfelt odes in Sade Lost Theme, The Clock House Pt.2 and closer, Nemesis '01. The album's melodic nature hums and shines as CS (6x8) appears as much a centre piece as a alternative consideration to the acid tinged, club bangs of Roy's releases to date.

A surprise package maybe, but in the rolling, word of mouth phenomena that was Emotinium II, all this and more was sensed and so White Sunrise Music II, spreading across 12 songs of contrasting moods, is a further affirmation that there is something good and worthy of exploration.
ERS 037
27 Jul 20
Experimental/Electronic
Buy
from $1.49 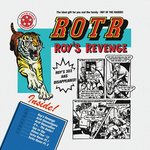 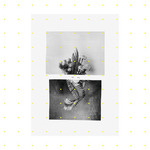