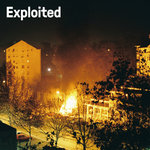 Various
10 Years Exploited
Exploited
buy whole release (65 tracks) from $96.85 $15.99
Adam Sky - "The Imperious Urge" (Ku Bo remix) - (5:37) 144 BPM
Review: Ten years of tech house powerhouse Exploited's exploits - pardon the pun! A born and bred Berliner, Shir Khan started the label in his home city in 2007. The imprint now plays host to a who's who in the current tech-house climate - including Adana Twins, Doctor Dru, Claptone, Joyce Muniz, Urulu and Cocolores to name a few. Its artists have been receiving full support from tastemakers such as Pete Tong, Soul Clap, Wolf & Lamb and Kraak & Smaak. All the usual suspects appear here: many golden oldies and even some newbie surprises too - perfect for the Christmas season and to forecast trends moving forward into 2018. To prove their relevance, they've served up a whopper of a compilation: over five dozen tracks showcasing their illustrious discography. We are certain that these are timeless grooves and will prove to be just as relevant another decade.

Some of these go as far back as 2009! Take for instance Malente & Dex feat. Analogik's "Gipsy Kings" which homed in that whole loopy latin house trend - popularised by similar tunes like "We No Speak Americano". Swedish electro house dons Zoo Brazil appear as well, with their 2012 dancefloor hit "Rock The House", then get deep and slinky with Moodymanc's 2013 sleeper hit "Joy" (Ralph Lawson Dub). They were even doing jazzy/dusty deep house as far back as 2011, like on Homework's "Whipped Cream". Remember Serge Santiago's remix of Murphy Jax's "Let's Get To It" featuring the inimitable Mike Dunn? It's here!

But when best describing the label's success thus far, we'd have to give honorable mentions to the true staples of the label. The legendary Chicagoan James Curd (formerly one half of the Greenskeepers) has kept on going from his new home of Adelaide, Australia and served up some of his best work in years. The emotive and bittersweet "Forever My Friend" is just one example. Likewise, Belgium's Compuphonic appears several times also - his recent hit from earlier this year "Metropolis" appears in all its soulful and evocative glory. Here's to another 10 guys, cheers!