Bombstrikes' Funk N' Beats series makes a welcome return and as expected delivers another awesome collection of impeccably curated music. Bristol-based DJ and Beat Smith X-Ray Ted is handed the curation duties for this, the eighth volume in the series. A sure-fire choice to dig deep in the crates and pull together his collection for this much-loved series.

All customers who buy the entire 'Funk N' Beats Vol 8' compilation from Juno Download will be automatically entered into a competition to win a Bomb Srikes T-shirt. The competition runs up until the 23th of April and the winner will be contacted and asked where they would like their prize sent.
DOWNLOAD FREE TRACK X-RAY TED - Chopsy's New Groove [Limited Time Only]

Following fine outings from Fort Knox Five, the Allergies, Smoove and Marc Hype, amongst others, Bomb Strikes' reliable Funk N' Beats compilation series returns with rising star X-Ray Ted at the controls. In keeping with the series' heavyweight, funk-fuelled style, the Bristol-based DJ and beat-maker has gathered together a killer collection of soul, hip-hop and funk club cuts, with a smattering of more laidback numbers to keep things fresh. Highlights are plentiful throughout, with our picks including the boom-bap brilliance is Aldo Vanucci's tidy remix of 'All Down' by Mr Doris and D-Funk, the dancefloor jazz heaviness of Nostalgia 77's 'Changes', the cut-and-paste craziness of Double Dee & Steinski's 'Jazz' and the disco-funk masterclass that is X-Ray Ted's own 'Party Time'.
Listen / buy 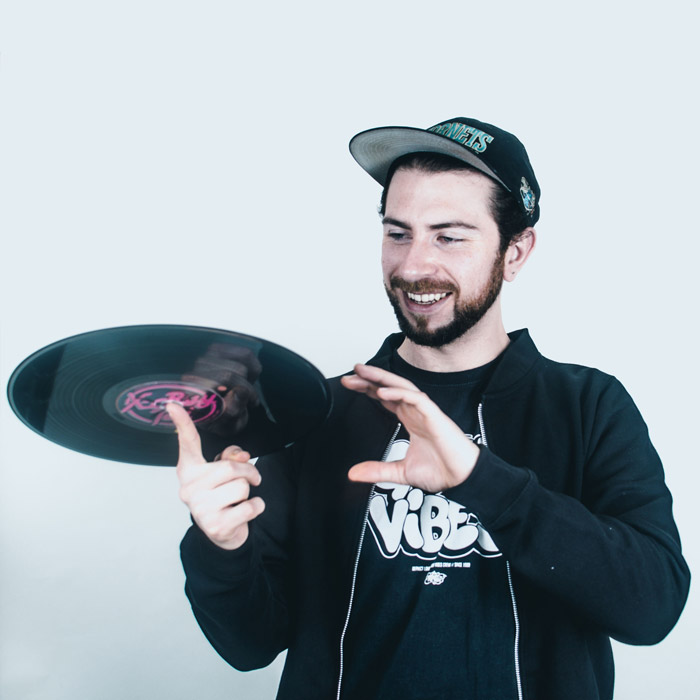 Hi X-Ray Ted! Thanks for taking the time to talk to us today.

Hey guys, thanks for having me! I’m an open format DJ, and a sample-based cut-and-paste producer from the beautiful city of Bristol, UK. I’ve been into the history & culture of hip-hop, beats and breaks, and the art of sampling since my early teens. Since then, I’ve been a DJ, a producer, a promoter, a Redbull 3style UK Finalist, and I've been fortunate enough to play some amazing shows in some pretty dope places.

We know Bristol has a buzzing music scene, how important do you think it is to imbed yourself in a place that culturally and socially encourages and inspires music creation? Do you think the same artist could have a similar success when living more isolated from the collective buzz of a city like Bristol or London?

For me, being in a place which nurtures creativity has been amazing, simply due to the people it attracts - and Bristol is just small enough that we all know each other. There are so many people in my friendship group whose work excites me, and that’s hugely inspiring. So, I’m sure the same artist would have equal success when living further from a creative hive, but the path to it would be different. We’ve all been communicating and collaborating remotely for the last year.

How would you define your particular breed of beats and or music style?

My style sits somewhere in funk / hip-hop / B-Boy breaks, it’s definitely rooted in the original artform of DJing. I throw in lots of original breaks, guilty pleasures, rare grooves, and pop culture references, too. It’s sort of an audio collage. Across both my DJing and production I like to keep things fun, and high-energy, but also show my knowledge of the landscape and take unexpected turns.

Your career is picking up some momentum now and you have played some great shows. Can you share some memorable moments with us? (Working with a legend? Crazy gigs, hard times… etc)

Wow, there’s so many individual moments it’s hard to pick. My first Canada tour was life-changing, it really showed me how far music could take me. As for specific shows, just before the pandemic hit, I played with Fatboy Slim on the Cutty Sark in London, that was pretty wild. Shindig Festival is always incredible, surrounded by friends and peers, the crowd are so into it, that’s probably the most I feel “at home” when performing. I also played 6,500ft up a mountain in Austria at Snowbombing, kicking off my time as an official DJ for the clothing label Superdry.

If you could play the warmup set for any artist alive or dead who would it be?

Ooooh, good question… Beastie Boys would have been incredible. They’re a huge influence and I think the audience would get it. I’ve also done Punk Rock DJ mixes for BBC Radio 2 and 6Music - it’d be awesome to warmup for a punk band, too, and show the artform in a different context. Maybe Descendents...

Can you tell us a little info about the compilation album that you curated for Bomb Strikes? How did you go about selecting the artists and tracks that appear on the album?

I think it’s a pretty honest reflection of my range, in terms of both what I’d play live, what I’d sample, and music I consume for pleasure. It’s awesome to have the exclusive 2021 master of Double Dee and Steinski’s “Jazz” - as this is one of the songs which influenced my career and outlook on music the most.

I believe there is a selection of new productions and forgotten gems in the tracklist, do you often “search the catacombs” for inspiration and manage to find some of those rare tracks that might have been overlooked first time round? I assume you have a massive record collection at home?

Oh, the crates are deep! And I go back through them regularly. To me, music is contextual. Not just where it’s being consumed and by who, but also what is being played directly before and after. I believe with the correct context you can find infinite uses, whether that’s a sample, a DJ transition, or just a song you didn’t like because you were in the wrong mood for it. There’s definitely things I’ve missed the first time round, and then seen with a new perspective on second view.

I believe you have some new material on the compilation. Were the tracks made specifically for the album or are they productions that you’ve been sitting on waiting for the right time to release?

I made my “Tribute to the Original Artform” specifically for this compilation. It seemed like a good fit to show my interpretation of the Funk ‘n’ Beats sound. In a way, I’ve been sat on Party Time for a while, too, even though it had a limited vinyl run recently - this is the first time it’s available digitally & to stream etc.

Anything else planned out for the rest of the year around this release or otherwise? Gigs, events, livestreams…etc

I have some exciting new stuff in the pipeline for release. Gigs and events are quite dependent on circumstances but I’m livestreaming on Twitch every Sunday 10.30am UK time - I hang out and play original soul, rare grooves, laid back funk, samples and versions; it’s basically a radio show. Asides from that I’m doing occasional guest streams, so check my socials and follow to stay updated.

Finally, if your DJ/production persona was to take sentience and become a spirit animal what animal would it be?

I’d be a flying squirrel, because they jump quickly from place to place, they’re always digging in their stash, and they’re a mammal with wings, so a bit of a collage of an animal. 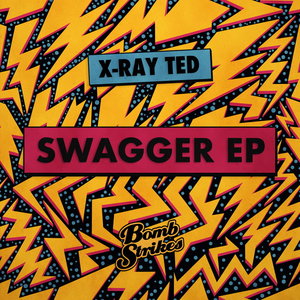 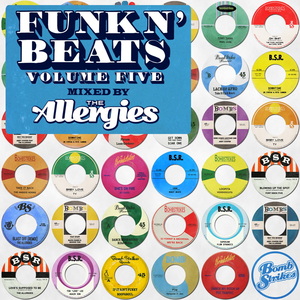 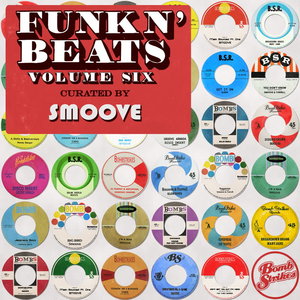 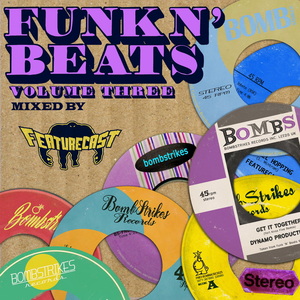 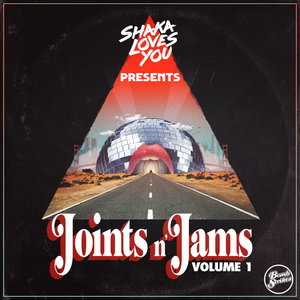 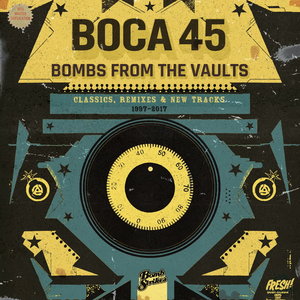 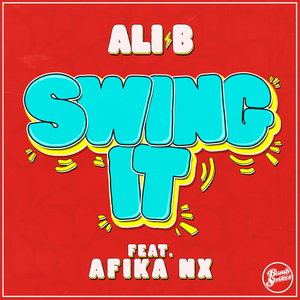 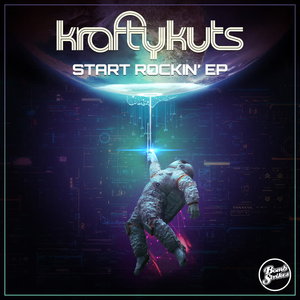 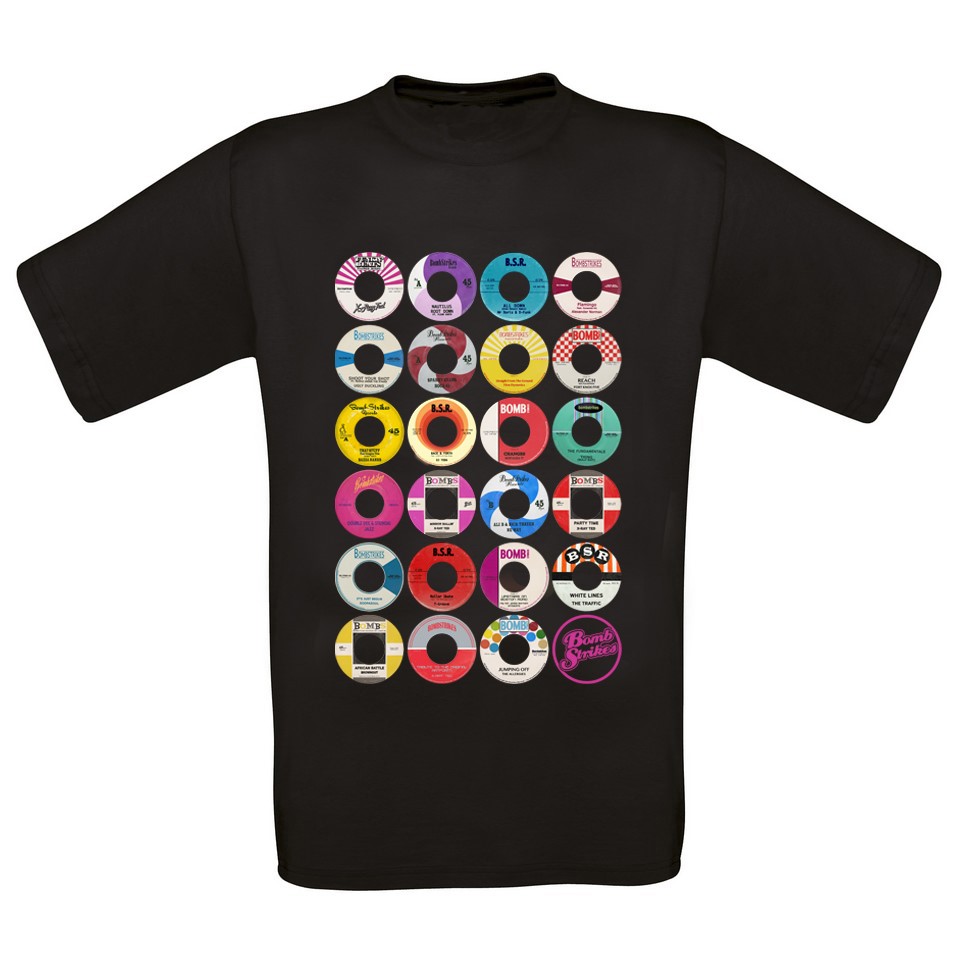