‘All The Time’, Jessy Lanza's first album since 2016's ‘Oh No’, is the purest set of pop songs that she and creative partner Jeremy Greenspan have recorded, reflective and finessed over time and distance.

JESSY LANZA - ALL THE TIME (HYPERDUB)

It's always a very exciting experience to see a new album with the Hyperdub tag land in the store. This latest outing sees them welcome the wonderful Jessy Lanza for a full length album project by the name of 'All The Time', introducing us to her fantastically unique vocal ability and sense of electronic glamour. The design across the album is pretty damned beautiful, from the floating flutey bridges of 'Alexander' to bubbling soundscapes of 'Baby Love' and everything in-between. It's a long play project for certain, with our highlights being the 80's inspired moogy grooves of 'Lick In Heaven', alongside the warped synthesizer pushes and catchy vocal inflections of 'Ice Creamy'.
Listen / buy

Hi Jessy, thanks for taking the time to speak to us today. We’re excited to hear more about your new album but firstly, can you give us a little background info about yourself?

Where you hail from, what you were doing before becoming a producer and song writer and where your passion for music first started?

Thank you ~~ I’m from Hamilton, Canada but I recently moved to San Francisco. I come from a musical family and started out playing classical piano but I moved on to jazz studies in college. I taught piano privately for a long time but I started to get into production and recording when I inherited my dad’s synth and studio gear collection which really sparked my passion for production and new ways to approach songwriting.

It’s difficult to put your music in a genre bracket as the production of your tracks are so varied, where do you find the inspiration behind your sound?

I love experimenting with synths and samplers and that pushes me to explore different ways to write and produce songs. My writing partner Jeremy Greenspan and I share a love for gear and pop music so I think that combination pushes us to experiment with the way we write music.

Has the connection to Hyperdub and footwork music influenced your productions?

Yes definitely. Listening to footwork totally changed my approach to songwriting. Thinking about the energy DJ Rashad was able to capture in a sample or a single tone and draw that feeling out over a track is a constant source of inspiration.

Do you have a story behind how you and Kode9 first met and how you got signed onto Hyperdub?

Jeremy Greenspan and Kode9 were hanging out and Jeremy played him a few of our demos which Kode9 really liked. At that time no other label showed much interest in the music we were making and Kode 9 was the only one willing to put it out.

Can you tell us a little about your new album? Was there a theme or concept behind the idea?

When I was writing 'All the Time' I had moved to a new city and was feeling isolated and a bit lost. Writing the album was the only way I could feel connected to something. I think that’s why I thought it would be a good album title because it became the only thing I could really focus on.

Did you make any of the tracks during lockdown? Has the current world situation inspired or shaped your music in any way?

I have worked on a lot of music the past few months. Hyerdub just released a compilation for Adult swim called Stimulus Swim and I have a track called ‘Bardeaux’ included in that. I’ve also been doing a lot of remixes that I’m excited to share soon.

Do you have a favourite track or tracks from the album?

My favourite track from All the Time is ‘Badly’. Not sure why but I find I listen to that one while I’m driving quite a bit. I’m really proud of the track “Over and Over” too.

What other plans do you have for the remainder of 2020 and beyond? Will we be able to catch you in concert anytime soon?

I have no idea! I don’t think I’ll be touring anytime soon so I’m going to keep working on music.

JESSY LANZA - ANYONE AROUND 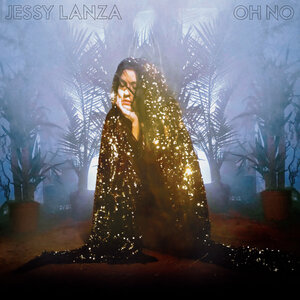 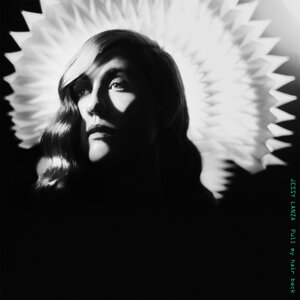 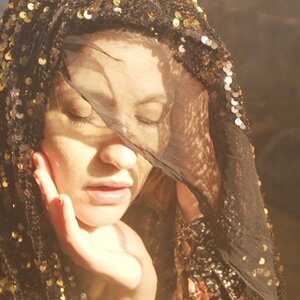 JESSY LANZA
It Means I Love You
Hyperdub
Listen / buy
We are always looking for ways of improving Juno Download - if you have any ideas about how we can make it better, please let us know.