I used to run a Label called Control Tower around the turn of the millennium which I ran with Si Brown (Dexorcist). It started well and then we lost a load of money and records, like a lot of other labels did at the time because vinyl sales plummeted almost over night and distributors went bust. When it felt right to have a go at it again I felt like after my last experience it was asking for trouble...and that felt like a good name for a label! I wanted to put out my own music again, be in control of things a bit more. I had an album done and I wanted to see how it went doing it myself. But of course you never do things all yourself running a label. You need as much help as you can. So it's evolved from just wanting to put out one record, to a vehicle for putting out collaborations and more of my own efforts. I’m working with my friend Lung on the visual side of things - If I come up with a wacky idea he’ll make it happen...like putting 100 white covers on a wall to make one big canvas and paint on that then take a picture of that - that then becomes the album cover and then you have 100 unique album covers to sell. So the art side is really important to me too. I love the DIY ethic of it all, something Mr. Weatherall had shown me what a joy that is, and sometimes I’ll go “What would Andrew have done ?“ Musically so far its quite diverse, I don’t want to feel tied to just making dancefloor records but there will be a fair bit of that. It feels like early days as I’m 6 very soon to be 7 releases in, so cheers for noticing! I think if you can put out 3-4 records a year, you’re doing well! There’s a lot of work and love in each release. Keith x

Top 10 Tracks On Asking For Trouble

Best Releases On Asking For Trouble 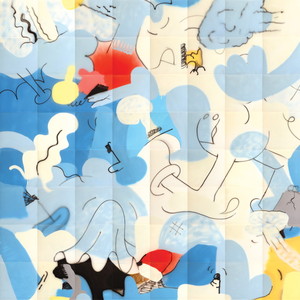 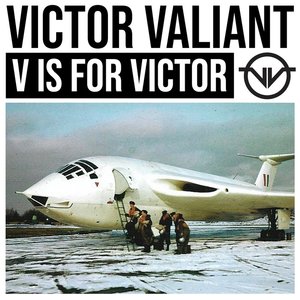 Victor Valliant
V Is For Victor
Listen / buy
We are always looking for ways of improving Juno Download - if you have any ideas about how we can make it better, please let us know.