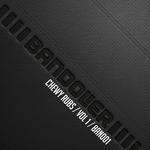 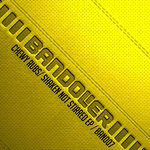 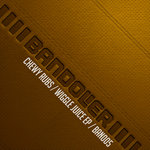 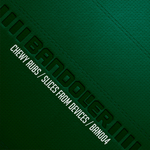 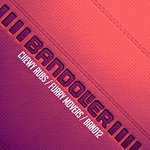 Chewy Rubs
Furry Movers
Bandolier
buy whole release (4 tracks) from $5.96 $4.99
Furry Mover (Chewy Rubs Future Boogie Bump) - (8:08) 118 BPM
Get Up Off Your Arse - (5:57) 118 BPM
Love Your Glow - (6:24) 120 BPM
Get Enough - (7:44) 120 BPM
Played by: FINGERMAN, Juno Recommends Disco, DAVID DUNNE (Triple Dee/Funkademia)
Review: The ever-prolific Chewy Rubs issues forth four more re-edited vintage dancefloor nuggets from his secret underground lair. The funk-fuelled boogie of 'Furry Mover' (a rework of One On One's 'Body Music' from 1981) opens proceedings, followed by 'Get Up Off Your Arse' (original source unknown), which has another big PHAT bassline, dramatic synth stabs and a western movie-like trumpet/bugle line. 'Love Your Glow' has an early 80s feel and much use of filters and FX, while completing the EP is 'Get Enough', a more smooth-rollin' affair that harks back to first-generation disco-house of the mid-90s.
BAN 012
10 May 19
Disco/Nu-Disco
Buy
from $1.49 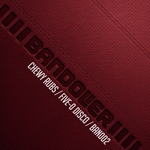 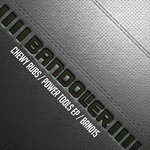 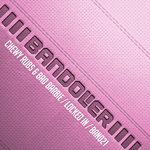 Chewy Rubs/Bad Barbie
Locked In
Bandolier
buy whole release (2 tracks) from $2.98 $2.79
Breakout - (5:58) 119 BPM
Normalism - (6:32) 120 BPM
Played by: FINGERMAN, Stephen Richards (DiscoDaze)
Review: UK-based Bad Barbie teams up with Chewy Rubs to deliver more of her disco re-edits here on the 'Locked In' EP, with forays into funk, house and reggae. She's known for her radio show on Kane FM, where her love of music and lively personality get a chance to shine, not to mention maintaining a rather curious Instagram account. Partner in crime Chewy Rubs is no stranger to the scene either, and heads up this very label: Bandolier Records. Get utterly hypnotised by the funked-up disco loops of "Breakout" which is sure to turn up the heat on the dancefloor, while the deeper and more low-slung groove attack of "Normalism" is reminiscent of the Chicken Lips/Bearfunk style - perfect boogie down vibes to play at sunset!
BAN 021
22 May 20
Disco/Nu-Disco
Buy
from $1.49 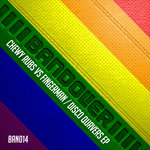 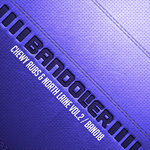 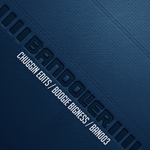 Chuggin Edits
Boogie Bigness
Bandolier
buy whole release (3 tracks) from $4.47 $3.99
Funky Musik - (5:55) 112 BPM
I Get Satisfied - (5:55) 119 BPM
Boogie Bigness - (5:12) 114 BPM
Played by: Juno Recommends Disco, Limpodisco, CHEWY RUBS, LEGO EDIT, 80's Child, Chuggin Edits, Downunder Disco
Review: The Chuggin Edits crew is renowned for serving up, well, chugging disco reworks. We were a little surprised, then, when we discovered that they've pushed up the tempo a little on this latest Bandolier excursion. This is not a criticism, though, because all three tracks hit the spot. We're particularly enjoying "I Get Satisfied", a bouncy, brilliantly edited and subtly tooled-up version of a jazz guitar and Hammond organ-powered funk workout slightly reminiscent of Mr Scruff's "Get a Move On". Elsewhere, "Boogie Business" is a densely percussive, trumpet-heavy jazz-funk-neets-disco-house slammer, while "Funky Music" is a hazy, flute-heavy chunk of summery, mid-tempo bliss.
BAN 003
20 Apr 18
Disco/Nu-Disco
Buy
from $1.49 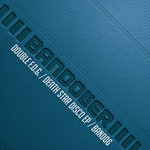 Double F.O.G
Death Star Disco
Bandolier
buy whole release (4 tracks) from $5.96 $4.99
Death Star Express - (6:24) 117 BPM
R2 Disco - (6:44) 112 BPM
Who's Your Daddy? - (5:38) 118 BPM
It's Time To Go - (7:07) 118 BPM
Played by: Limpodisco, Hober Mallow, Stephen Richards (DiscoDaze)
Review: The force is strong in this debut E.P from Double F.O.G, a debutant nu-disco Jedi operating from Bandolier's hidden base on Tatooine. The intergalactic action begins with "Death Star Express", which is the kind of all-electronic, synthesizer-heavy nu-disco workout that would get storm troopers hot under the collar at Darth Vader's bi-weekly discoid rave-ups. Despite the presence of chunkier, house style beats, "R2 Disco" has a more classic synth-disco feel, with swirling electronic strings and Clavinet lines combining to impressive effect. "Who's Your Daddy?" is an even more driving, funk-fuelled affair full of elastic synth-bass, vocoder vocals and bubbly melodies, while the heavier but similarly minded closer "It's Time To Go" sounds like it was created to get Ewoks break-dancing at their regular forest jams.
BAN 006
28 Sep 18
Disco/Nu-Disco
Buy
from $1.49 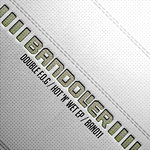 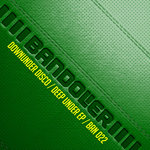 Downunder Disco
Deep Under EPEXCLUSIVE
Bandolier
buy whole release (4 tracks) from $5.96 $4.99
Do The Disco - (6:01) 120 BPM
No Strutting - (8:01) 120 BPM
Pianomania - (6:51) 123 BPM
The Starlight - (7:23) 91 BPM
Played by: FINGERMAN, Chuggin Edits, Downunder Disco
Review: "Shall we go to the disco?" asks opener 'Do The Disco', but it's a fairly rhetorical question because after hearing the four tracks here, resistance to such an idea is gonna be pretty much futile! 'Do The Disco' is a looping affair but with a sound palette that's wide-ranging enough for things not to get boring. 'No Strutting' is a more contemplative, introspective kinda cut (albeit still very struttable, despite the title), while the instrumental and fairly self-explanatory 'Pianomania' takes us down a housier route before 'The Starlight' plays us out on a more chilled note - one for the Balearic jocks.
BAN 022
03 Jul 20
Disco/Nu-Disco
Buy
from $1.49 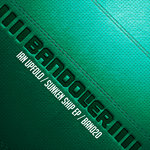 Ian Upfold
Sunken Ship EP
Bandolier
buy whole release (4 tracks) from $5.96 $4.99
Sunken Ship - (7:35) 119 BPM
Shifting Sand - (6:22) 117 BPM
Like Electricity - (6:47) 118 BPM
Flower Press - (7:29) 120 BPM
Played by: Stephen Richards (DiscoDaze)
Review: Some records take a little longer than others to really sink in. Take 'Sunken Ship', for instance: why, it could well be a full 30 seconds or so before it has you on your feet! But that simple looping, chugging bassline is a call to the dancefloor if ever we heard one, and once the matching keys come in, at around the two-minute mark, it's game over. Coming a close second to the title track is 'Flower Press', an urgent, pulsating jam with an organ line that's positively straining at the leash, while disco-funker 'Like Electricity' and the slightly housier 'Shifting Sand' complete a very fine package.
BAN 020
17 Apr 20
Disco/Nu-Disco
Buy
from $1.49 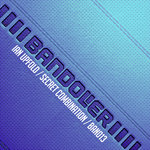 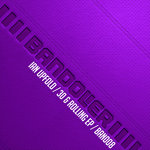 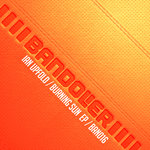 Ian Upfold
Burning Sun EP
Bandolier
buy whole release (4 tracks) from $5.96 $4.99
Second Chance - (6:52) 118 BPM
Burning Sun - (6:36) 117 BPM
Two Of Everything - (6:20) 112 BPM
Rounded Corners - (6:20) 122 BPM
Played by: FINGERMAN, Stephen Richards (DiscoDaze), Andy Buchan
Review: Ian Upfold's first two solo EPs on Bandolier were both rather impressive, so it's no surprise to find that his lasting outing is also packed to the rafters with synth-heavy, left of centre dancefloor treats. We're not quite sure whether they're re-edits or original tracks, but it many ways it doesn't matter; regardless, what you get is superb. Check first the off-kilter broken house beats, double-tracked bass (guitar/TB-303 style acid) and sparse but positive melodic elements of "Second Chance", before admiring the throbbing Italo-style arpeggio bass, droning electronics and heady chords of "Burning Sun". "Two of Everything" sounds like a bubbly Balearic cover of M's "Pop Musik" minus the vocals, while "Rounded Corners" is a chunky bounce through disco-house/deep house/gospel fusion.
BAN 016
22 Nov 19
Disco/Nu-Disco
Buy
from $1.49 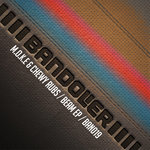 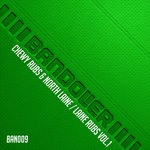 North Laine/Chewy Rubs
Laine Rubs Vol 1
Bandolier
buy whole release (4 tracks) from $5.96 $4.99
Feel How You Love - (6:32) 118 BPM
DehctiwS - (6:48) 118 BPM
Lets Take A Ride - (6:08) 120 BPM
Sombrero - (6:40) 120 BPM
Played by: FINGERMAN, YAM WHO?, CHEWY RUBS, LEGO EDIT, Stephen Richards (DiscoDaze), Chuggin Edits, Ruff Diamond
Review: Four more vintage gems get a 21st Century makeover on this joint EP from North Laine and the ever-prolific Chewy Rubs. First up is a faithful refresh of Sharon Redd's Prelude classic 'Love How You Feel', which lets Redd's spirited vocal do the heavy lifting. Then there's 'DehctiwS', a beefed-up take on an unknown disco/boogie nugget, followed by 'Let's Take A Ride', wherein Fat Larry's Band's 'Center City' gets a glitzy, shmaltzy reboot. But the MVP award goes to 'Sombrero', which is as infectious and irresistible a slice of stomping, piano- and flute-sprinkled Latin disco as you're likely to come across this year.
BAN 009
01 Feb 19
Disco/Nu-Disco
Buy
from $1.49 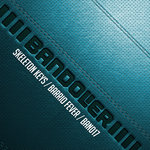 Skeleton Keys
Barrio Fever
Bandolier
buy whole release (2 tracks) from $2.98 $2.79
Barrio Fever - (5:15) 118 BPM
Not Whom You Seem - (7:32) 121 BPM
Played by: Juno Recommends Disco, Stephen Richards (DiscoDaze)
Review: Previously best known for offering up a handful of tasty singles on Sleazy Deep, Skeleton Keys pops up on Bandolier with a first solo single in almost 12 months. First up is "Barrio Fever", a wonderfully dubbed-out, bass-heavy and dancefloor-friendly revision of a much-loved disco-era chunk of Latin funk headiness. Skeleton keys has wisely retained many of the key original elements - think glistening guitar riffs, layered percussion and ear-catching horn motifs - while beefing up the bass and adding plenty of delay effects. "Not Whom You Seem" gives a similar sonic treatment to what sounds like an early 80s synth pop/AOR disco workout. It's good, though we still prefer "Barrio Fever".
BAN 017
06 Dec 19
Disco/Nu-Disco
Buy
from $1.49 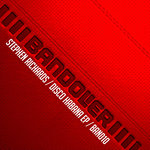