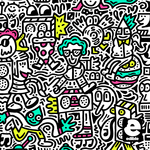 Andres Campo
Nochord
Edible
buy whole release (2 tracks) from $2.98 $2.79
Nochord (original mix) - (6:18) 125 BPM
Nochord (Alan Fitzpatrick remix) - (6:42) 126 BPM
Review: Huesca's Andres Campo has appeared on a who's who of labels in recent times, such as homeboys Florida Music, Suara, Toolroom, Glasgow Underground and Elrow Music. He can now add Eats Everythings Edible to the list: they present his new hit prediction "Nochord" which is a sleek and rolling tech-house cut that's a full of attitude and builds in suspense. Plus, those looped diva vocals atop are an impressive touch. If that was not enough, we are then treated to an explosive remix by the always on point Alan Fitzpatrick: who gives the track a slamming peak time rendition that's a perfect soundtrack for darkly clandestine warehouse raves (as much as it is for weekend mischief on The White Isle!). Campo was nominated for Best Techno Artist and Favourite Artist of the Public at the Vicious Music Awards in 2015 and is resident at the famed Florida 135 club.
EDIBLE 012
15 Dec 17
Minimal/Tech House
Buy
from $1.49 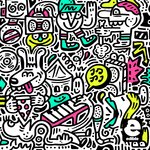 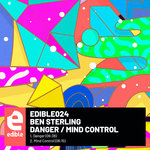 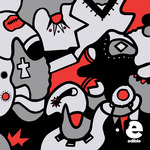 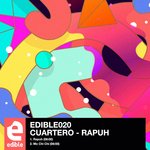 Cuartero
Rapuh
Edible
buy whole release (2 tracks) from $2.98 $2.79
Rapuh - (6:00) 128 BPM
Mo Chi Chi - (6:49) 127 BPM
Review: Quality boompty tech-house with added dancefloor dynamics, from the one and only Cuartero here. Malaga's finest has presented top tracks of late on Saved, Hot Creations and Knee Deep in Sound - and this new one for Eats Everything's label brings even more heat. From the rolling liquid groove action of "Rapuh" which is perfectly suited to the warm up ot afterhours alike, through to the groovy minimal funk of "Mo Chi Chi" - this EP comes right in time for the summer season on The White Isle.
EDIBLE 020
10 May 19
Minimal/Tech House
Buy
from $1.49 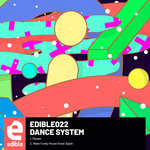 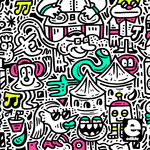 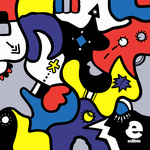 Eats Everything
Girl Powder EP
Edible
buy whole release (2 tracks) from $2.98 $2.79
Rita's E - (6:02) 129 BPM
Veronica Electronica - (6:56) 127 BPM
Played by: Anja Schneider
Review: House colossus Eats Everything returns to action following a 10-month hiatus, in which his most recent singles, Green Velvet hook-up 'The Duster' and the accurately titled 'Big Discs', became dancefloor anthems. This first appearance on his Edible imprint is likely to be just as successful. "Rita's E" is a throbbing, warehouse-friendly treat, with cut-up, manipulated vocal samples and warped electronics riding an acid bass-propelled 4/4 groove. In contrast, "Veronica's Electronica" layers stylish, spoken vocals atop the kind of heavyweight house rhythm that would once have emerged from the studios of DJ Sneak and, yes, Green Velvet. It's a simple, no-nonsense kind of cut, but one that will sound immense over a sizeable sound system.
EDIBLE 006
04 Nov 16
Funky/Club House
Buy
from $1.49 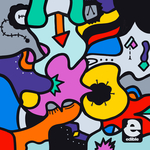 Elliot Adamson
Still Workin'
Edible
buy whole release (2 tracks) from $2.98 $2.79
Still Workin' - (5:21) 126 BPM
Where The Fucks My Flanger At? - (6:13) 124 BPM
Played by: Juno Recommends Minimal Tech
Review: Eats Everything's Edible imprint is back. The time has finally come for their tenth release on the label. "Still Workin" is the massive tune from Elliot Adamson. The label couldn't be happier to announce it to be from him. Adamson could only come from Newcastle; there's that up-front attitude for a start, as well as an appetite for new music that sits out with cosmopolitan scenes. Digging into his record bag, Elliott will preview his set at Edible's OFF Sonar party with this perfectly balanced blend of house and techno. Second offering "Where The Fucks My Flanger At?" has that real upfront party-starting vibe and that Reese-ish dark and humming bassline is a nice touch.
EDIBLE 010
09 Jun 17
Minimal/Tech House
Buy
from $1.49 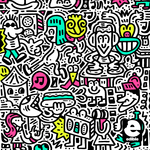 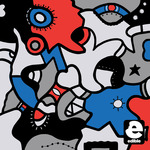 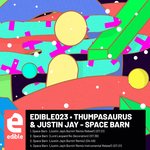 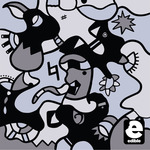 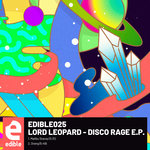 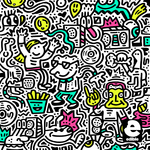 Lord Leopard
The Bumps
Edible
buy whole release (1 track) from $1.49
The Bumps - (6:55) 126 BPM
Review: Following up some great releases on Music For Freaks and Dirtybird and some impressive remixes for the likes of Mele (Lobster Boy) Red Rack?em (Bergerac), the Cornish recluse Lord Leopard returns to his rightful home at Eats Everything's Edible label "for a slammin' head scrambler of a single". "The Bumps" is a glorious riot of big filtered disco stabs, incessant horn blasts, funky disco guitar licks and rolling house rhythms. All tossed together by the "Cornish recluse" and garnished with an amorous male vocal refrain and dramatic drum rolls. Tasty!
EDIBLE 013
09 Feb 18
Funky/Club House
Buy
from $1.49 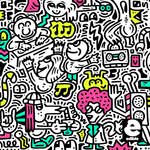 Lord Leopard
Quit Moanin'
Edible
buy whole release (2 tracks) from $2.98 $2.79
Quit Moanin' - (6:10) 125 BPM
The Connect - (6:05) 126 BPM
Review: The enigmatic Lord Leopard is back on Eats Everything's Edible label with more boompty and bass-driven wares that are guaranteed to rock the main room at peak time. Considering his previous credentials releasing on top labels like Dirtybird, you know you are in good hands with this dude! The Cornish recluse serves up what is probably his toughest groove yet on the fierce funk roller "Quit Moanin'" which will mix well with your Gruuv or Material tracks, while the intoxicating 'woop woop' of "The Connect" is perfect for those heads-down moments right after the peak time - and perfect for losing yourself under the strobe light.
EDIBLE 018
01 Mar 19
Minimal/Tech House
Buy
from $1.49

Mele
Scouse Afrika/Sleepless
Edible
buy whole release (2 tracks) from $2.98 $2.79
Scouse Afrika - (6:03) 124 BPM
Sleepless - (5:44) 124 BPM
Played by: Dirty Channels, Juno Recommends Minimal Tech
Review: Merseyside's rising star Mele is back, following up this year's explosive bass anthem "Queens Day" with the absolutely mental "Scouse Afrika". He borrowed heavily from Latin rhythms on his last hit as we all know and executed it wonderfully. This time around he looks to Afro spiritual vibes for inspiration and as a result comes up with some incredible riddims. Next track "Sleepless" is much more straight ahead, this rolling and druggy tech-house stormer is the kind of thing you could hear rocking loved up crowds on The White Isle next Summer. 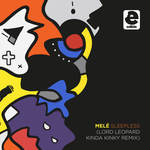 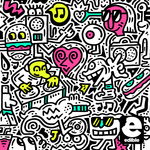 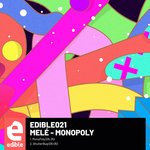 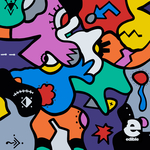 Paul Woolford
Chaos
Edible
buy whole release (2 tracks) from $2.98 $2.79
Chaos - (6:38) 126 BPM
Meditate - (7:08) 126 BPM
Played by: Juno Recommends Techno
Review: Woolford is the latest producer to appear on Edible, after appearances by its owner Eats Everything and Rhythm Masters. The UK producer is on a high at the moment, having recently released one of the best mixes in the Fabriclive series as Special Request. Working under his own name for this release, he delivers the bugged out "Chaos", a wiry, jacking acid groove that has echoes of its author's DJ background at Back to Basics. On "Meditate", Woolford opts for a very different approach; sampling a euphoric female vocal repeating the phrase 'the way you thrill me', he fuses it with a shuffling, chugging rhythm and spine-tingling strings to create a real summer anthem.
EDIBLE 009
12 May 17
Techno
Buy
from $1.49 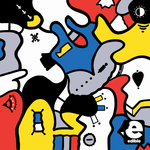 Rhythm Masters
Feel Your Love
Edible
buy whole release (2 tracks) from $2.98 $2.79
Feel Your Love - (7:02) 123 BPM
Deep Soul - (6:38) 123 BPM
Played by: Juno Recommends Techno, Discotron
Review: Legendary Brighton duo Rhythm Masters (aka Dis-Funktional) are back. These fellas have been in the business for 20 years so you can definitely trust the DJs on this one. "Feel Your Love" sees them crossover into techno territory on this properly stomping groove that that can easily signal that the peak time has arrived. Second offering "Deep Soul" like its name may suggest provides some contrast and we were really feeling this one to be honest. This deep and slinky progressive house journey is properly made for some woozy dancefloor journeys with its deep bass, hypnotising pads and mesmerising steel drums all working to perfection.
EDIBLE 005
13 Aug 16
Techno
Buy
from $1.49 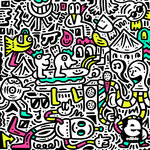 Seb Zito
Twenty.2
Edible
buy whole release (3 tracks) from $4.47 $3.99
Slap Dash (original mix) - (7:37) 130 BPM
Bit Of Skip (original mix) - (6:45) 128 BPM
Haphazard (original mix) - (8:49) 127 BPM
Played by: Juno Recommends Minimal Tech
Review: Fresh off a great release recently on Seth Troxler's Play It Say It, Fuse London stalwart Seb Zito is back again - this time for the always reliable Edible imprint run by none othe than Eats Everything. The Twenty.2 EP features more swing than you can shake an MPC at -rolling and funtional tech house jams that you've come to know and love the man for. From "Slap Dash" with its druggy and wobbly bassline that's the perfect sound of an East London warehouse party after midnight, through to the very UK style bounce of "Bit Of Kip" and the soulful and bittersweet mood lighting of "Haphazard" being perfrct for all those afterhours solitary dancers.
EDIBLE 017
23 Nov 18
Minimal/Tech House
Buy
from $1.49 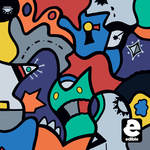 Waze & Odyssey
Down With Tha
Edible
buy whole release (2 tracks) from $2.98 $2.79
Down With Tha - (7:07) 128 BPM
Seizure - (6:37) 126 BPM
Played by: PEZNT
Review: British power duo Waze & Odyssey take a break from their always reliable W&O Street Tracks for an appearance on Edible; the Bristol based imprint by Eats Everything and Nick Harris and follows up great releases by Steve Mac and Robert Bruce aka Rhythm Masters and Merseyside's Mele.We've first got the bouncy and funked up tech house of "Down With Tha" where that very vocal loop is chopped up to perfection. Then we have got the deep and sexy tribal house groove of "Seizure" which will take you back to the turn of the millennium on this west coast style groove, that calls to mind the heyday of Hipp-E & Halo or Tyler Stadius.
EDIBLE 008
17 Mar 17
Minimal/Tech House
Buy
from $1.49