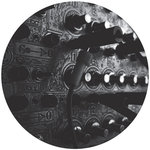 Apoena
Mover
Stuga Musik
buy whole release (2 tracks) from $2.98 $2.80
Mover - (5:34) 130 BPM
Cooler - (5:31) 125 BPM
Review: Autoreply offshoot Stuga Musik welcomes back Apoena, who hails from Porto Alegre, capital of the Rio Grande Do Sul state in southern Brazil. His first release for Stuga Musik - Falando Serio - was championed by the likes of Baby Ford, Willie Graff and Jus-Ed among others, the latter proceeding to release the self-titled Apoena album on his own Underground Quality imprint earlier this year. As an accomplished musician of many instruments and nationally renowned reggae artist, it's no surprise he knows a thing or two about making a killer record. Here he steps up with "Mover", a warm, hypnotic floor-workout that references the early pioneers and is equally suited to peak time or early morning play. The second cut "Cooler" displays layer upon layer of colorful emotion whilst showcasing the artists love for vintage keys and analogue synthesis.
STUGA 05
05 Apr 12
Minimal/Tech House
Buy
from $1.49 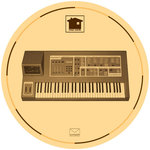 Apoena
Falando Serio
Stuga Musik
buy whole release (3 tracks) from $4.47 $3.99
Nuvem (original mix) - (6:13) 125 BPM
Falando Serio (original mix) - (6:28) 121 BPM
Bosque Em Flor (Digital Exclusive) - (6:40) 121 BPM
Review: Hot on the heels of Och's epic "Stops Out" EP for fledgling Autoreply offshoot Stuga Musik, the impressive boutique London imprint returns with this double dose of dancefloor moodiness from Apoena. Hailing from Porto Alegre, capital of the Rio Grande Do Sul state in extreme south of Brazil, the producer shows a knack for combining the deep sounds of house and techno with a Latin flair for rhythm and percussion. "Nuvem" kicks things off with shuffling snares riding along tension filled chords and a locked-in groove. But it's the title track "Falando Serio" that takes the cake for us here, with warm chords and claps forming the backdrop to a killer drum pattern. A subtle beast.
STUGA 02
28 Jul 10
Minimal/Tech House
Buy
from $1.49 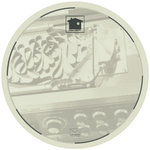 Beaner
Miles Then McCoy
Stuga Musik
buy whole release (3 tracks) from $4.47 $3.99
Miles Then McCoy (original mix) - (10:34) 122 BPM
Miles Then McCoy (Agaric remix) - (7:18) 123 BPM
Taradise (original mix) - (9:15) 120 BPM
Review: On McCoy, Pablo Roman Alcala applies a brilliantly abstract approach to underground house. The title track is stripped back and spacious, its lithe yet forceful rhythms providing the basis for spacey synths and off the wall piano tinkling. Agaric's version is more direct, as heavy, dubby drums are fused with spacey, cloudy chords and trippy vocal snippets to create a keta-house groove. And then it's back to Beaner's own fantastical sound. "Taradise" is what its title suggests, a trip to the outer limits, where plaintive piano keys are combined with a surging bass to create dance music that's not rooted in the real world.
STUGA 03
20 Oct 11
Minimal/Tech House
Buy
from $1.49 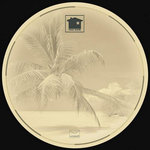 Ben Rourke
Stuga Musik Special Edition
Stuga Musik
buy whole release (2 tracks) from $2.98 $2.80
Tahiti - (8:15) 125 BPM
Sharpie - (7:34) 127 BPM
Review: Autoreply offshoot Stuga return with a highly playable 2-tracker perfect for the outdoor party season. For this release we welcome back Ben Rourke who has previously recorded for Autoreply, his Blue EP collaboration with friend Pier Bucci receiving critical acclaim. His tracks effortlessly build without the aid of well known formulas always using high end sound design but never forgetting that house and techno music is essentially meant for dancing. "Tahiti" is one of those tracks that's perfect for the big room or after-party alike featuring bouncy percussion, an analogue bass-line that will properly drive the sound system and one of the most infectious synth-sequences of the year. In fact the man's developed a whole new genre, "Desert Island Techno" ! "Sharpie" explores the deeper realms of dub driven techno with a very liquid approach just so slightly tipping its hat to the 90's Detroit vibe and still very much aimed at the floor. Enjoy.
STUGA 04
23 Jan 12
Minimal/Tech House
Buy
from $1.49 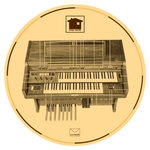 OCH
Stops Out
Stuga Musik
buy whole release (2 tracks) from $2.98 $2.80
Stops Out - (8:30) 123 BPM
Stops In - (7:25) 125 BPM
Review: Stuga Musik, the new offshoot of London based label Autoreply, introduces the unknown artist Och with two tracks of atmospheric minimal techno that takes on more of a personal form than we are used to from the genre.

This release offers a response to the plethora of unimaginative, soulless and empty sounding minimal music that blew up out of all proportion in the mid 2000s. At a time when dance music is full of depth and feeling again, Och injects those sentiments into his minimal musings on this release. "Stops Out" provides the suspense, attitude, tension and overall musicality that minimal is often guilty of neglecting. The title track is engulfed in a wary tension created by deep bass and intense synth stabs. The atmosphere from the track rises up, seeping through the simple breaks and throbbing, deep techno. Cut up vocal edits that have an old school warehouse feel give the track even more personality but it is the affecting Hammond organ sample that really makes the centrepiece.

On the flip, "Stops In" falls into even deeper into atmospheric, almost sinister tensions. A skeletal afro-tech swing is set by shimmering hi-hats and low, murmuring sub bass that collides with chiming synths. As more of an orthodox techno beat picks up, the chilling pads stretch out over the track, giving it a totally enchanting and undiscovered feel. "Stops Out " is a highly engaging, post-modern take on minimal music, or in other words, post-minimal minimal. By bringing more feeling to the disciplines of minimal Och is proving that there is still ingenuity in the genre. Top stuff.
STUGA 01
29 Jun 10
Minimal/Tech House
Buy
from $1.49