Ten years has passed since Marcel Vogel decided to launch Lumberjacks in Hell, a record label reflective of his own dusty-fingered, soul-fired musical tastes. In the decade since, the imprint has grown exponentially, moving from an outlet famed for offering up killer re-edits and reworks – many by Vogel under his familiar EmVee alias – to a much more musically eclectic organization blurring the boundaries between disco, boogie, R&B, gospel, soul and Detroit deep house.

Proof of the label’s organic evolution can be found in the subtly changing nature of Vogel’s Lumberjacks in Hell compilations. The first to service was 2013’s Chicago Service, a collection of weighty, sample-heavy blends of disco and house from Windy City DJ/producers old and new. The collection allowed Vogel to champion some of Chicago’s heroes – formidable future such as Jamie 3:26, Cratebug and Rahaan.

Chicago Service landed at a time when Vogel was beginning to make strides as a DJ and a producer. His popularity soared on the back of the set and Lumberjacks In Hell’s consistently impressive releases, leading to DJ bookings across the globe and the emergence of a dedicated following for his brand of peak-time-ready, party-starting disco-leaning fun.

By 2015, Lumberjacks in Hell had notched up five years and Vogel’s reputation was firmly established. The subsequent celebratory compilation, From Hell With Love, gleefully danced between the Afro-tinged disco fusion of Giovanni Damico, the drowsy gospel-house warmth of Borrowed Identity, the synth-laden dancefloor weight of Boogie Nite, the spinetingling late night deep house-soul of FYI Chris and a swathe of sample-heavy, funk-fuelled disco reworks from Vogel, regular studio partner Tim Jules and rising star Dan Shake.

Three years later, BBE came calling. The result was the high-profile Lumberjacks in Hell compilation, a Vogel DJ mix and collection of unmixed tracks that neatly encapsulated all that was good about the label and its musically focused founder. It signalled that both had arrived as major forces on the underground, a position that has only strengthened in the years since.

To mark Lumberjacks in Hell’s first decade, Vogel has curated a second edition of From Hell With Love, details of which you’ll find in the featured release box below. We’ve also asked him to select ten tracks that he feels best exemplify the label’s journey over the last ten years. Think of it as the cream of the crop from an imprint that can seemingly do no wrong.

Various - From Hell With Love 2 (Lumberjacks In Hell)

Lumberjacks In Hell draft in a sublime cast of sympathetic operators for a second volume of From Hell With Love, providing you with eight perfectly formed tracks that straddle the divide between cosy, home-friendly house and dancefloor delectation. Laville's moody vocal turn kicks the record off in style on Austin Ato's 'Control', while Waajeed works his broken beat magic on 'What You Know'. Elsewhere Detroit Swindle bring a tougher slant on soul-rooted house music to the table, while PBR Streetgang aim straight for your pleasure centre with the soaring 'Madame Z'. And that's just the half of it...
Listen / buy

Key Tracks From Lumberjacks In Hell

We've asked Marcel the difficult question: what are the key tracks that would define his label over the last 10 years?

Totally underrated record I feel. We certainly sold a good amount but I don’t think it really reached its potential. Giovanni is an incredible talented producer and artist who played and sang and engineered on here. All the songs are amazing. Italians in a line just got a new video, made by a fan, so maybe the record has some more life in it. The artwork is perfect too.

Apart from being wildly supported by DJ's like Lakuti, Jeremy Underground and Hunee it was just a super fun project, not least because of the artwork created by Philou and Roeland "Afrobot" paying massive tribute to William Onyebor. I love good looking records and I like when the artwork is funny. People probably think its photoshopped but you would have to hold the covers next to each other to see its actually an entirely different picture.

This was a milestone for obvious reasons. How often do you hear Questlove, Jazzy Jeff, Louie Vega and Jamie XX support the same track (Karizma - Work It Out). At the same time it also marked a shift in the music we released, as we got into trouble with the samples used. For a small label like us, clearing samples almost always means losing money but not clearing them can be worse. So we are generally trying to stay away from sampling these days.

My tune “I got Jesus” is still being discovered by people a few years after its initial release when it was probably a bit overshadowed by the massive Work It Out. Bonus points for the hilarious artwork. And I am actually quite proud that I came up with most of the ideas from putting the punisher on there in a Michelangelo pose, to the stamped Deadpool on the back. House designer Christopher Keys translated it beautifully.

Now thats how old we are, when I was still A&Ring on Soundcloud. I went through hundreds of Raykos tracks to find this gem hidden somewhere on page 16. Rayko is a monster of course. This was Lumberjacks 002. The initial press was 300 copies. And then Move D found a liking to it and started playing it literally everywhere and it became his anthem I suppose, and his fans made it into our first little hit. Thank you David!

One of the early ones. BoogieNite flips this tune masterfully and creates a massive fun bomb that I love dearly.BoogieNite is also the only producer who has a track on each and every Lumberjacks compilation, even the one on BBE.

Absolute mindmelting EP for myself as an artist. I’ve worked on the song for several years and to be honest, I still don’t feel I got it right. But every record is a learning process for me. Every time I release something I try to tackle a vibe that I haven’t touched before and in the process I hopefully become a better artist. But all the music I've released before this was actually downbeat, Brown Curls marks the transition into more uptempo music from me. Even though uptempo in my case means 114BPM.

A record we've put out this year and its been very pivotal for myself as a producer and for the label sound. As we haven’t released too much spiritual or vocal house so far. Working with somebody as talented as Javonntte really opened up a lot of possibilities. Also coming more and more into my own as a remixer.

Kolja has got the funk. As much as I love this whole EP I think it’s in this list because Kolja is part of the small group of producers defining the future of Lumberjacks. You’ll hear and see.

Popular Releases On Lumberjacks In Hell 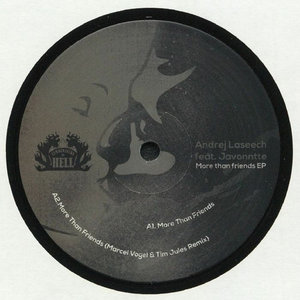 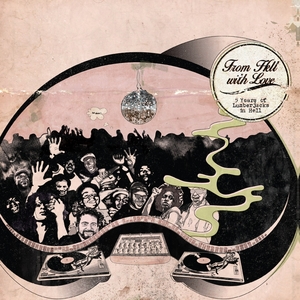 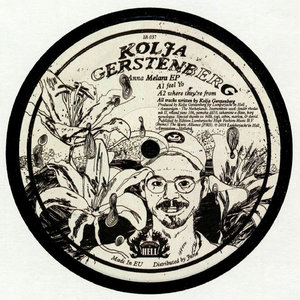 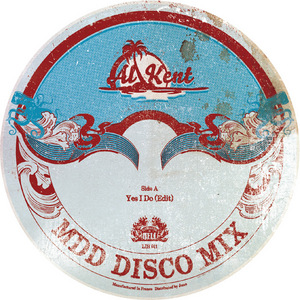 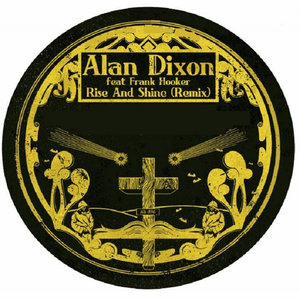 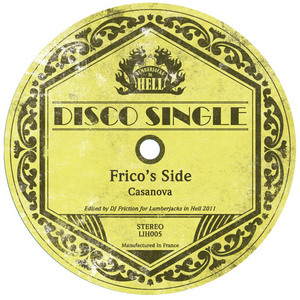 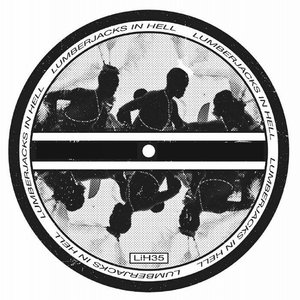 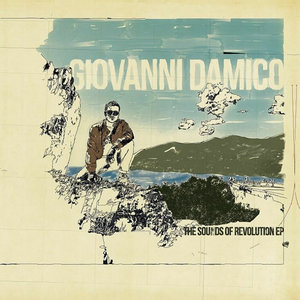 Soulphiction
Parking Lot Blues EP
Listen / buy
We are always looking for ways of improving Juno Download - if you have any ideas about how we can make it better, please let us know.