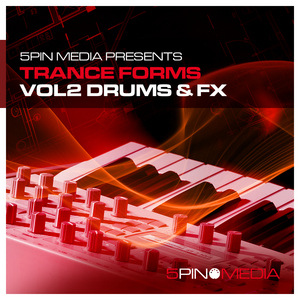 Trance Forms Vol 2: Drums & FX brings you fresh punchy drum sounds, massive swirling FX and state of the art MIDI all creatively designed to supercharge your Trance and Progressive House productions to the next level.

Whether it be Big Room Trance, Progressive, Psy or Minimal, the flexibility of the MIDI set to the tempo of your choice combined the dynamic set of loops and samples will not disappoint. All the sounds, with the exception of musical parts, featured in the audio demos are sourced from the pack. The musical elements are all sourced from 5Pin Media's Trance Forms Vol 1: Musical Elements and as a bonus we have added construction kit 6 MIDI from Vol 1 to get you started. All loops are set to a genre friendly 137bpm but with the versatility of Rex Files and MIDI feel free to speed up or slow down.

Almost all of the hi-hat loops were recorded using step sequenced patterns on the Jomox Xbase09 and Roland TR909 drum machines to capture each instruments natural groove and feel while undergoing minimal processing to allow for any stereo widening or EQ to be added later to suit the mix.

The 33 Kicks have all been carefully shaped with EQ and compression to slot into a track and work without fuss not to mention the variety of claps and snares again designed to drop right in with both dry and effected versions provided for flexibilty.

Sonic candy is a must for any dance floor destroyer and this serving sets out to provide a balance of unique sounds combined with bread and butter white noise wooshes, both dry and effected, with some sidechained variants for added spice.

The 103 FX Loops have been catagorized into Going Up, Coming Down, Kick Bombs, Textures, Passing By and Reverse Cymbals for easy searching and have been cut to exact 137 bpm bar lengths but not strictly rendered as loops.

All samples were recorded in 24bit 44.1Khz high quality audio using a combination of high end outboard equipment and software.

Trance Forms Vol 2: Drums & FX is definitely not to be missed by discerning dance producers whose goal it is to get the floor moving with chest pounding kicks, hypnotic percussion, rolling hi-hats and mesmerising FX. 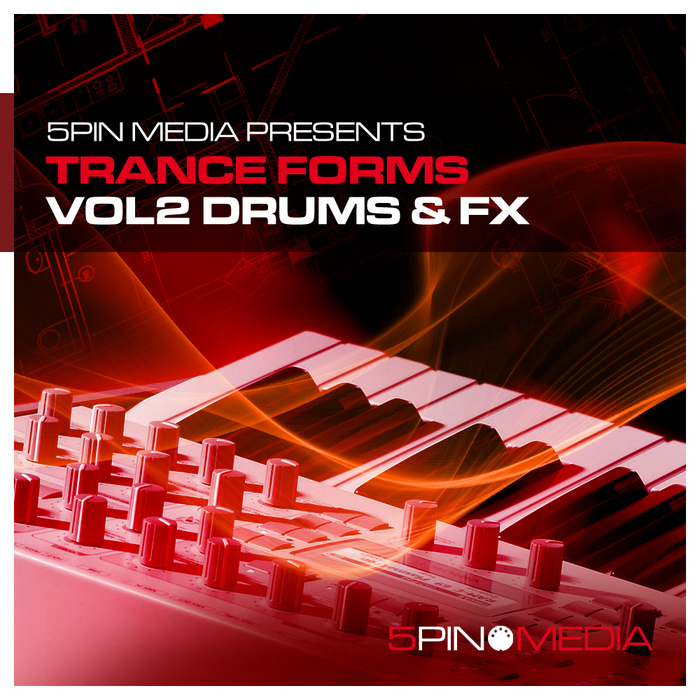