Having established himself first as a DJ and then as a remixer, Sam Redmore is now very much making himself known as an original producer of quality global grooves that can light up any dancefloor, carnival or party.

Sam Redmore is a DJ/producer from the Birmingham area who's known for his genre-hopping club sets. That electicism is well reflected in this, his debut album, which while sitting on our Funk pages actually takes in a wide range of styles, from sunny, summery nu-disco and disco-house (see 'Just Can't Wait') to fast n' furious African drum tracks ('One More Time'), and from classy soul/R&B ('Party', a clear standout for this writer) to Stereo MCs/Allergies-esque hip-hop ('On The One'). Featuring an array of guest vocalists and rappers, it's an album that sets out Redmore's stall nicely - and that bodes well for a long career in music.
Listen / buy

Hi Sam, Thanks for taking the time to speak to us today. Firstly for those who might not be familiar with your work, please can you let us know a little more about yourself?

I’m a DJ and producer based in Birmingham. Having built something of a reputation over the years as a remixer, I’m now focusing most of my creative energies on making my own original music. My debut album ‘Universal Vibrations’ is out now on Jalapeno Records.

When did you first start your journey into music, from DJing to production tracks to doing your own live shows?

As I’m sure is the case for many in the world of dance music, it all started with DJing in my bedroom as a teenager. My older brother picked up some decks when I was about 12 or 13, and I used to sneak a turn on them when he went to work at Tesco’s. Before that we would attempt to mix using three tape players (two playing the music, one to record it all) and any happy hardcore tape packs we could get our hands on. With no way to control the speed and MCs chatting over both tracks it must’ve sounded an absolute mess, but we had a lot of fun doing it.

Moving forward, once I started DJing in public I got into cooking up edits that I could include in my own sets. This developed into producing full remixes (from multitrack stems), which is really how I learned the elements necessary to make a great track. I did this for some time, before eventually taking the plunge into making my own original music. This has been the focus over the last few years, and once I had an album’s worth of material together I started thinking about live shows with a full band by my side.

How would you define your sound? Do you take inspiration from other pieces of music?

Absolutely. It all comes from DJing really. There might be tracks that I enjoy playing out, and so attempt to create something using elements of a similar vibe. Usually it ends up sounding nothing like what I was trying to make in the first place, but just getting going is the important thing. It’s hard to define my sound because I make music of lots of different styles and tempos, taking inspiration from disco, house, broken beat, afro, latin, reggae, soul, hip hop and more. Everything I make is with one eye on the dancefloor, so I suppose ‘music for dancefloors inspired by music from all over’ sums it up.

Maybe you could share some tracks that you have found inspiration from for your own music?

Swindle is one of my favourite producers. Everything he makes sounds so fresh, and it was this EP that first inspired me to look at using horn sections with bass-heavy elements of dance music.

I could’ve chosen just about anything produced by Spiritual South - it’s all dancefloor fire. The combination of latin sounds and rhythms with house and broken beat sounds so wholesome.

Quantic is a genius. Unbelievably prolific with everything he touches turning to gold. This track was one that inspired me to think about trying a cumbia cover or two (see ‘Tears’ and ‘Just Be Good To Me’).

I’m a big fan of all of Anthony Joseph’s work, and it was actually him I had in mind for the vocals when I first started working on the track ‘Music Is…’. In the end fellow Birmingham artist Auden Allen delivered a beautiful spoken word piece on the track, but it was Joseph’s work that inspired the initial idea.

A beautiful piece of music from start to end. DJ Gregory had a period around the time that this came out where everything he released was just incredible, and sounded like nothing else I was hearing. Still inspiring to listen to today.

I love the gospel influences on this track, it sounds so uplifting and joyful. I tried to channel some of that positivity on my own music, particularly the collaborations with Lumi HD.

This is the track that convinced me SANITY would be the perfect collaborator for my own song ‘One More Time’. I love the energy and flow that she brings, and when we worked together she did not disappoint.

How did your relationship with Jalapeno Records first start? Do you think the label represents your music well?

I was introduced to the crew at Jalapeno Records by The Allergies, who are also on the roster. I’ve DJ’d many a night with The Allergies and so know them pretty well. After sending them through a few of the finished tracks for what would become the album, they suggested I speak to Trevor who runs the label and put me in touch. The rest as they say is history.

I think Jalapeno are a good fit for my music. They’ve always released a fairly wide spectrum of music, taking in many of the styles that I’m most into. I think the first Jalapeno Records release I bought was Kid Crème’s ‘Hypnotizing’ back in 2002, so it’s been really nice to complete the circle and have Kid Crème recently remix my own track, ‘Just Can’t Wait’.

Please can you tell us a little more about your album? How long have you been working on putting the album together?

It’s been a fair few years in the making. As mentioned previously I’d built a name for remixing other peoples’ music, so it took some time to get into any sort of flow working out how I wanted to approach doing my own from scratch. Initially I imagined it’d probably be a solo venture, built around samples, synths and software. However, the more I started to develop ideas the more I involved other people in the project. I found it refreshing and exciting to work with other musicians, who would often bring ideas and directions to the music that I wouldn’t have considered myself. All in all, the final album features many, many collaborators playing a wide variety of live instruments, as well as featured vocalists on a number of tracks. I think this mixture of live instruments with electronic sounds and production values is what gives it its own vibe and energy.

What hardware, software and/or instruments do you use for your live sets? I assume these are the same instruments you used to make the album?

So the live shows feature myself alongside a full band - percussion, bass, keys, full horn section, multiple vocalists and sometimes strings. These are the instruments that featured most prominently on the album, so it made sense to bring these to the live stage as well. In terms of hardware/software I use a Pioneer SP-16 Toraiz to trigger sounds, samples and loops, as well as connecting my laptop to a Novation Launch Control XL so I can filter, echo and generally muck around with any musical elements that aren’t being played live.

You seem to have found musical success fairly quickly with a plethora of high profile fans including Craig Charles, Quantic, Nightmares on Wax and Danny Krivit. What advice would you give to budding producers trying to receive similar recognition from big names like these?

To be honest, sometimes it’s more simple than people might think. Craig Charles has been one of my biggest supporters, and that came about from me handing him a CD when he DJ’d at my local nightclub a few years ago. I passed it to him shortly before he took to the decks, it got thrown into his record bag and I assumed that would be the last I’d hear of it, so it was a very pleasant surprise to hear him playing something from it the following weekend on his BBC 6 Music show.

It’s a similar story with Quantic. I did a warm-up set for him a few years back, handed him a CD before he went on and the next time I saw him he informed me he’d been playing tracks from the CD all around the world. Sometimes it is that straightforward!

If you could do a collaboration track with any artist alive or dead who would you choose and why?

Ennio Morricone. Imagine having The Maestro arranging full orchestral sections for you. It would be incredible!

Finally, do you have any shows or gigs booked in the near future where we can catch you playing live?

We certainly do. The ‘Universal Vibrations’ album launch party is happening in Birmingham on 17th September at one of my favourite venues, the Hare & Hounds (tickets available here). We’ll also be in Bristol on 4th November, at Fiddlers. Plenty more to come, keep an eye on my socials for announcements and listings! 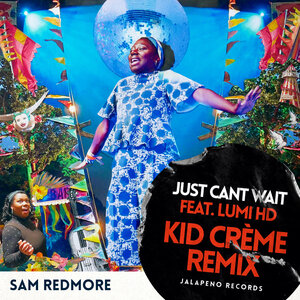 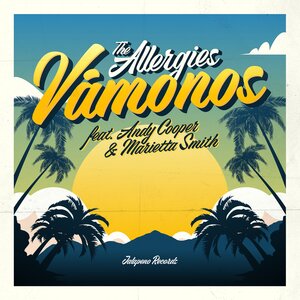 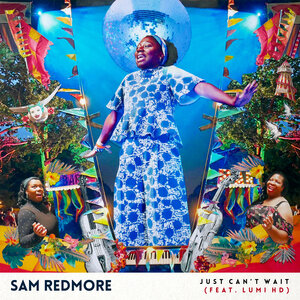 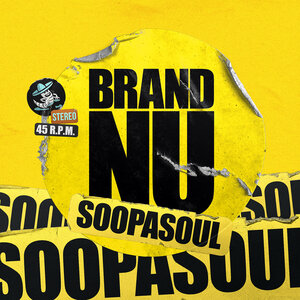 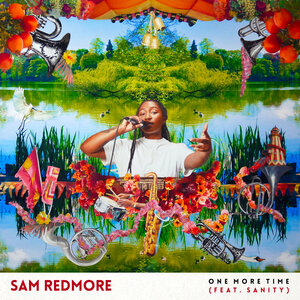 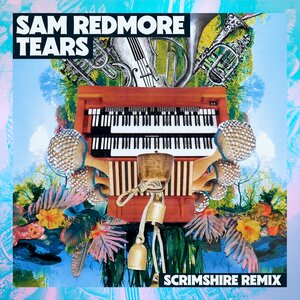 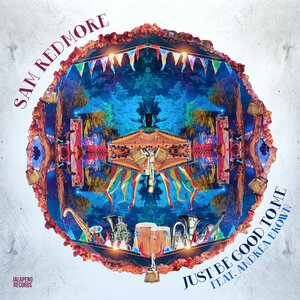 SAM REDMORE FEAT ANDREA BROWN
Just Be Good To Me
Listen / buy
View All Jalapeno Releases
We are always looking for ways of improving Juno Download - if you have any ideas about how we can make it better, please let us know.